The classic Dr. Porter competition was anything but ordinary. Teams came with their game faces and a passion to make the podium. Teams made history by showing off their new programs for the season, and came with a fire that is not going to fade out anytime soon. Their flame is only growing and with this being many teams second competition of the season, it was a very impressive one.


Junior started the competition with short being the first event of IJS on Friday. Skyliners brought their usual attack and led the division with 79.21. Following closely behind, Starlights came in close with their beautiful Bird Set Free program and score of 72.71. Teams Elite (66.31) new to the junior division this year, brought the sharp and fierce skate to Survivor proving they are a new and strong force to reckon with. Hockettes (53.18) skated confidently in their home rink and secured fourth place for short.  Less than 10 points separated 8th place from 4th and it was still anyone’s spot.

After two solid skates, we are happy to take home our 5th consecutive gold from the Dr. Richard Porter Competition!


Long took place on Saturday, and this event was a showdown. DC Edge came in fifth with an attention grabbing skate of Vampires. This skate led them to get selected into the ISP (International Selection Pool), an unforgettable skate comes with an unforgettable reward.

Hockettes took pewter with their Greatest Show, with a score of 142.42 they dazzled the judges and audience. Teams Elite took the bronze, this team is truly impressive. Moving up from a novice to a junior team is a difficult and huge challenge, but these girls make it look easy, and have not just impressed themselves, but the judges. Their amazing choreography and beautiful deep red dresses make them stand out from many of the junior teams.

Starlights came in second. Their emotional “Fix You” program is unlike any other junior team this year. It tells not only a story, but a message. For the population that feels alone and dark, it shows there are angels (Starlights even has four girls dressed as angels) there to guide them and it shows the beauty and love there is in the world. A memorable part of the program is the ending when the angels take a skater and the others are following her. It is breathtaking to watch and hard to look away from. Lights will always guide us home. Well, the lights guided them with a score of 172.93 and truly beautiful skate.

Skyliners claimed gold with their Carmen program. This team is truly spectacular in so many ways, coming off of a world silver medal last March, this team is far from ordinary. And their long program shows it. It is fierce, it is sharp, and it is everything that shows how amazing this sport is to watch and be apart of. They earned a 193.26.

We are so proud of our Junior team for finishing 5th at Porter! 🧛‍♀️


Senior followed after and Skyliners (78.89)  once again conquered with their intense remix of “Wonderful World.” Miami followed with a score of 67.16 points with their fierce and dramatic short. Crystallettes(64.65) came in closely behind and with a lot to prove, Adrian trailed with 59.18 with their elegant “Derniere Danse” themed program. California Gold skated confidentiality and earned a 41.52. Long on Saturday was filled with tricks and interesting movements that differentiated each team from one another.

California Gold added many special movements such as tossing each other and exciting lifts. This team is always fun to watch for their enthusiasm and well performed skates. I felt very zen after their skate with their movements that made the audience feel at peace and apart of the program. Crystallettes came into fourth, with their Maleficent program. Watching two different skaters, one being Maleficent and the other being Sleeping Beauty/Aurora is an entertaining and engaging show to watch. Earning a total of 176.07, this program is very unique and we can not wait to see what else this program has in store for the rest of the season.

Adrian for the second year in a row, received the bronze medal. Their Romeo and Juliet program was elegant with many flowing movements. It was emotional and dramatic, but that was the perfect for their total score of 176.30. Miami University (187.54) skated a sharp Tango, with a flawless and effortless beginning the audience is constantly engaged to watch through to their amazing ending with one skater being transferred onto other skaters as they hit the ending pose fiercely. It was a performance you could not take your eyes off of.

Skyliners won the event with a flawless skate. Based on a romantic opera, two skaters are highlighted, but the rest of the team is as well. A truly phenomenal skate that is one for the history books and a skate that will never be forgotten by the large crowd at Porter.


Learn more about other divisions

I have been in the sport for almost 7 years, competing in majority of levels from preliminary, pre-juv, open-juv, intermediate, and novice. I am currently in an advanced English writing class and plan on taking journalism next year, most of writing has to do with sports as that's what interests me the most. I love to bake, and I am a vegan. I love to incorporate all the things i love into everything I do (writing, ice skating, working out, and baking). 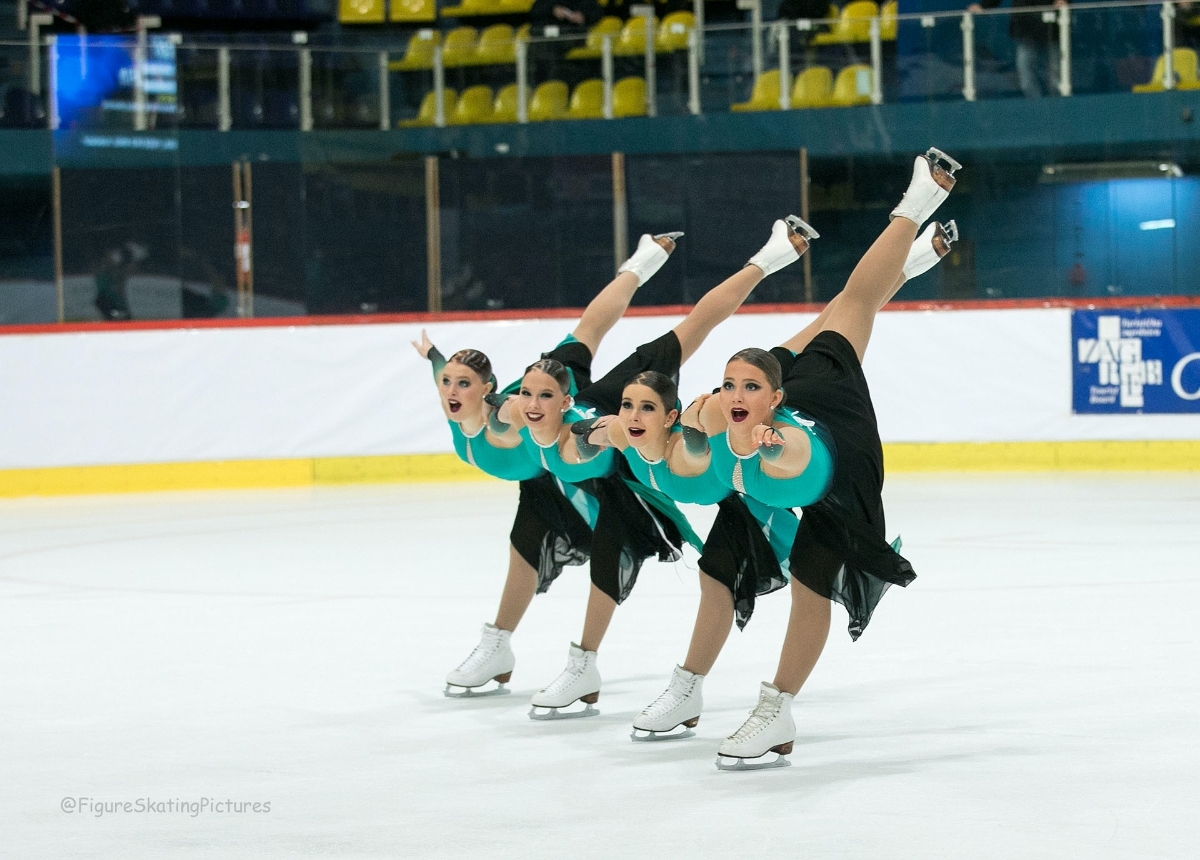