Charles Aznavour was a French singer, composer, and songwriter who died last year at the age of 94. "We will pay tribute to Charles Aznavour by interpreting La Bohème", state Nova's captains. This year, the Canadian team is composed of 19 skaters, including 8 new athletes.

For the first time this season, discover a few seconds of this new Short Program on video!

During the summer, Nova Senior intensified its efforts to prepare for the first stage of the new synchro Challenger Series. California Cup will be held in early November in California. The Canadian team has now two months left to work on the final details of its new programs. 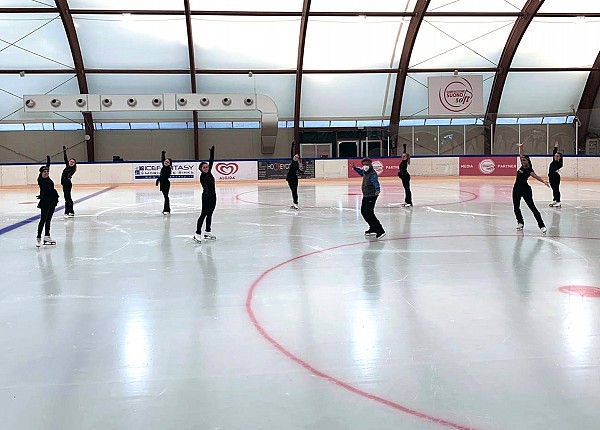