Jenni (on the left) and Tuuli were deeply involved with the Finnish team. (Credits: Ville Vairinen - 2021)

It's decided; we won't see them skating with Team Unique anymore. Tuuli Mäkinen and Jenni Lehtonen, who skated for many years with the famous Finnish team, have decided to stop their career. Time to take stock.

After 8 years with Team Unique for Tuuli (who was also captain for three years) and 7 seasons for Jenni, these two skaters who brought a part of the soul of the team are leaving for new adventures with nevertheless a real desire to stay involved in a way in synchro skating.

You decided this spring to end your synchro career. Was it a difficult decision to make?

Jenni: Of course giving up on something that has been such a huge part of your life for 17 years is hard. But for me, eventually, the decision itself was clear since I just felt that it was time to move on. I knew if I started yet another season I would not have that 120 % to give to the sport and the team anymore. Also, I started to feel that my strengths as a skater were a bit "old-school" – meaning that it was time to give room for new skaters.

Tuuli: Yes, it was also very difficult for me. I almost started another season but when I really had to make a decision I just had a strong feeling that I didn’t belong there anymore. I wasn’t sure that I could give the 120%, as Jenni said. It was hard and sad, but somewhere deep inside I felt like it was the right decision.

Finnish first qualifications 2021. (Credits: Ville Vairinen - 2021)
What do you think synchro has brought you in your future life?

Jenni: Impossible question: just everything. To be honest, after a career as intense as this, I bet I am ready for anything. Teamwork, handling pressure, handling emotions, always giving 100% even if feeling like 10%, learning to live with making mistakes both in a team and in competition… This environment has just given so much. But mostly, I just learned many things about myself during these years of skating for Team Unique that I had no idea would come up. In a good way!

Tuuli: Jenni said it right. Everything. I learned who I am, what I want, and how to achieve it. It made me realize my strengths as a person and how to use them right. It made me a realist, and it made me believe that almost everything is possible. It made me.

What are your current plans?

Jenni: I actually started my own company 1,5 years ago so now it’s just been a full focus on that. I have a lot of work and it’s honestly going really well. I produce digital content for websites so mainly my days are about writing texts for search engines. Another crazy career to jump right in! Also, I am planning to do my Master’s studies in translation and communications.

Tuuli: I study structural engineering at Aalto University and I have two years left (master’s degree). After that I will probably start working somewhere, don’t know yet what and where. I also work in a construction company once a week along with the studies and full time in summer.

Will you stay involved in synchronized skating in any way?

Jenni: For sure, right now I don’t know how, other than as a fan. But for sure something more in the future - probably internationally!

Tuuli: Yes. I started as an assistant coach for our junior team, Team Mystique.

Their career in 3 parts
1. Favorite program to skate

"Empty promises"
Tuuli: The free program 2015-2016: "Empty promises". It was my second year in Team Unique. I liked the music, the dress, and the program. I loved performing in it. It also was a program that gave me a lot of experiences of success and in that program, I felt that I exceed myself many times. Also, I have a lot of good memories from that season we won the Finnish Championships and it was my first time at Worlds. So a lot of good things are bound to that program.

"Bad que"
Jenni: This costume was just fierce! I loved that one. Also, I have to mention our "Star is Born 2.0" dress! It was a perfect mix of beauty, lightness and rock’n’roll. And the look was perfect otherwise too since I love the middle part hair!

"Betrayed"
Tuuli: 2019-2020 free program dress. I love the slanting hem and it was a perfect combination of simplicity and nice details. Red and black colours fit well together.

3. A special memory or moment that will stay with you?

Universiades in Krasnoyarsk in 2019
Tuuli: "The place was unreal and it felt like we were in a giant sports bubble. We skated, ate, played with huskies, danced with a shaman and listened to a live rock band. There was nothing else in the world than that competition and that Universiade village. We won but didn’t qualify for Worlds (which were held in Helsinki). So big emotions there as well. After all the disappointment and crying we had a crazy gala where we really gave the proper goodbye to the program "Music makez me" as we skated it having fun and going full speed and interpreting."

A crazy night dancing
Jenni: "My moment is actually a very recent one (and a weird one haha). But after this year’s short program at Nationals, I and the entire team had one of the hardest evenings there has ever been on a competition weekend. After hours of crying and getting ourselves ready for the free program day, I and a few other teammates ended up in one hotel room and just started the craziest dance and singing party I can remember. I mean the contrast from being at your lowest to having the time of your life with your best friends – only happens in a team sport like this!"

I fell in love with synchronized skating at 10 when I saw a synchro competition. It completely fascinated me, and I wanted to do the same! I skated on several teams in Switzerland and have had the chance to collect some beautiful memories. Besides that, I got a Bachelor's and then a Master's degree in Journalism and Communication at the University of Neuchâtel and Geneva. After working several years in journalism and video production, I'm now Head of Digital for a news organization, and I'm proud to be the Editor in Chief of JuraSynchro.

Skating to communicate a message, the new trend among teams 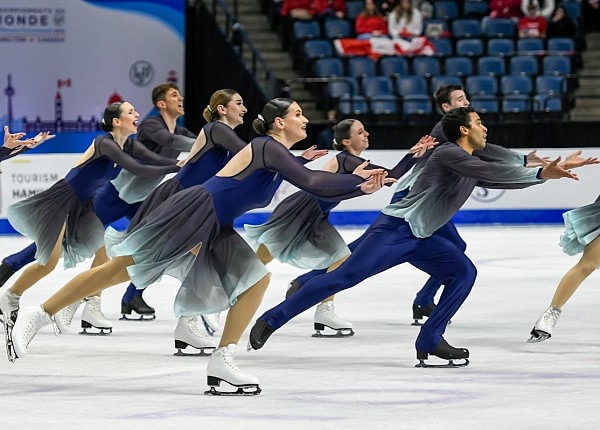 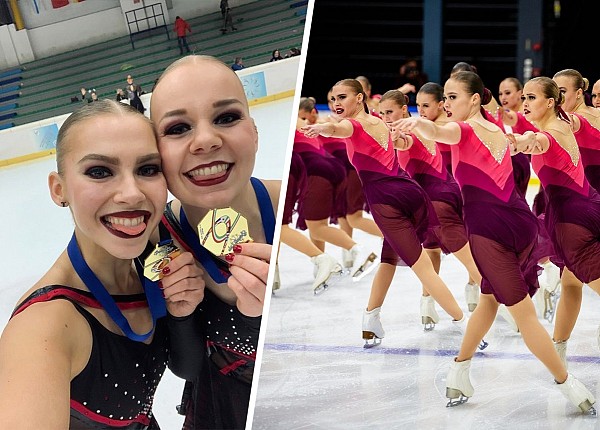 He has participated in all World Synchro Championships 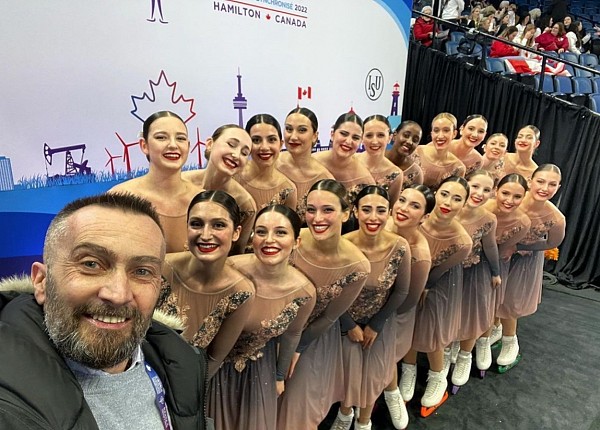