News
New in the Senior category in France: Team Jeanne d'Arc from Rouen will compete for a place at the 2023 World Championships!

Jeanne d'Arc during their program at the French Cup in 2022 (Credits : Stephane Heude)

Since the end of 2016, Les Zoulous was the only French team competing in the Senior category in France. This season, the team will have to face team Jeanne d'Arc from Rouen, who skated in the Elite 12 category last season. Interview with the skaters and the coach of the "JDA".

"In June 2013, the "Team Synchro Energie" team, a combination of the Jeanne d'Arc team from the Rouen club and the Mozaïks team from the Louviers club, said goodbye to the competition. It was the last Senior ISU team present in Rouen," explains Clara Levieux, who herself skated in this team.

"Since then, Anne-Sophie Druet-Avisse (until then coach of the team) had started a project over several years with the Junior JDA. We wanted to be able to come back to the Senior category one day, to allow our skaters to pursue their sports project," Clara continues.

In 2018, a team was created to compete in the Senior N2 category. A successful squad in view of its record of achievements: no less than three French national champions titles in a row.

For the 2021/2022 season, a new category opened in synchro: Elite 12: "This new category was a real springboard for us, both in terms of the experience acquired throughout the season and the motivation of the skaters to want to challenge themselves even more!"

"It was really the right year to make our comeback!"
Why come back to the Senior category, which allows access to the highly coveted ISU World Championships?

"At the end of the season, I received applications that allowed me to put this team back on the ISU selection path. We are also delighted to be able to provide a second French team in this category," she explains.

In a twist of fate, two of the team's skaters were teammates of Clara's nine years ago, when the senior category in France consisted of four teams: Les Atlandides, Exl'Ice, Les Zoulous and Team Synchro Energie.

"We also have a former skater from team Exl'Ice, Margaux! All these little details confirmed to me that it was really the right year to make our comeback!"


Over 52,000 followers on TikTok!
The team is made up of 18 skaters aged between 15 and 30. When we ask them to tell us a fun fact about the team, we realize that they are famous on TikTok: "We had created our TikTok account a little over two years ago, just before lockdown, but we had left it a bit aside. Since March 2022, we have revived it and now have over 52,000 followers!"

The skaters were able to take advantage of a summer camp in Le Mans, which allowed them to put together their short program and a good part of their free program. "We were very happy to go away for ten days in total immersion. We were able to get to know each other better because we don't all come from the Rouen club or the club's Novice team". Their summer preparation was then completed by a three-week intensive training camp in their rink, home of the famous French Cup. "We are happy to have been able to rebuild a Senior ISU team after nine years of absence against Les Zoulous!"

The season will start with the traditional Masters of the French Ice Sports Federation on 7-8 October 2022: "For the short program, we have chosen a theme that reflects the liberty to be and think as a free woman. For the free program, we have decided to skate on the theme of one of Nathalie Péchalat and Fabian Bourzat's programs. We can't wait for you to discover them." The team will soon unveil the themes of their programs on their social networks.

We are aware of the work to be done, but the JDA are not in the habit of launching themselves halfway into a project! We will give ourselves all the means to compete with Les Zoulous. In the long term, we really want to strengthen and stabilize this Senior ISU project, and we hope to be able to set up a Junior team again next season."

The appointment is made for the Jeanne d'Arc team, who will compete on October 7 and 8 at the Masters, followed in December by the French Elite Championships, which will take place at home for them!

The team then plans to participate in the Challenger Series in Neuchâtel and Milan, not forgetting the iconic French Cup, in their home rink!

New in the Senior category in France: Team Jeanne d'Arc from Rouen will compete for a place at the 2023 World Championships! 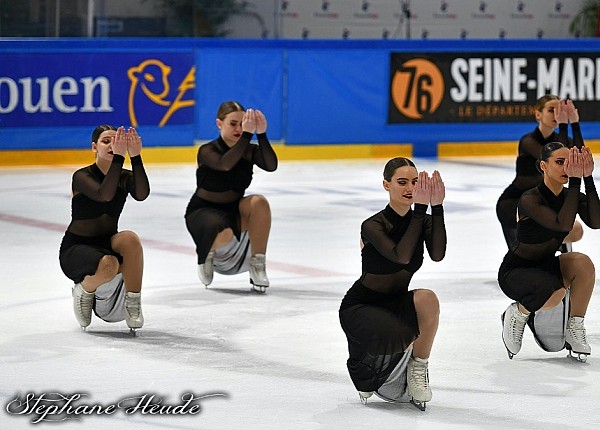 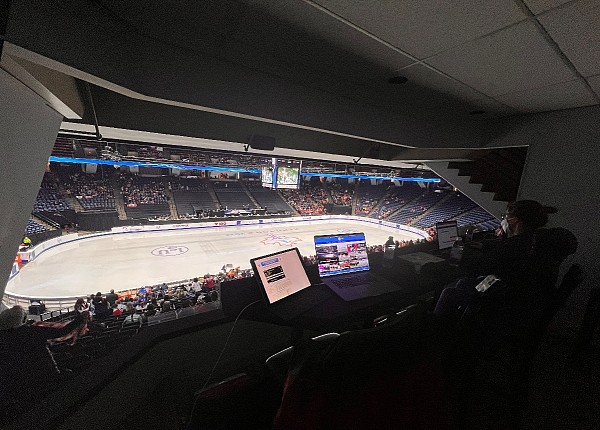 Nona Vihma: "I hope in the future there will be more support towards women's sports" 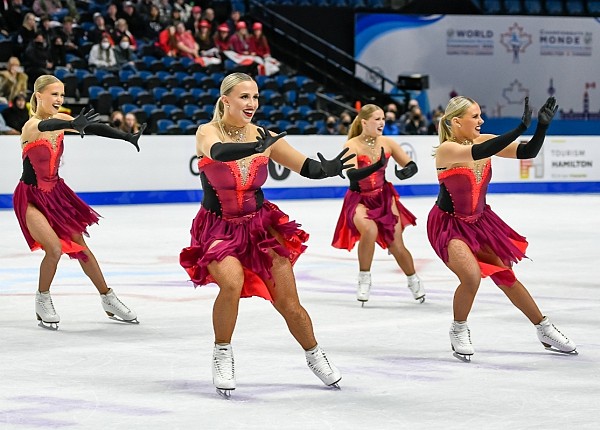