Teams from across the UK braved the snow and ice to take part in the Viola Synchronised Skating Competition at Ice Arena Wales in Cardiff between 9th – 10th December. There were 25 teams skating across 12 categories with teams vying to be Welsh Champions.

The senior category was between British teams Wight Jewels and Viola.

Wight Jewels came 3rd at the 2017 British Championships and are looking to improve their placement this season. They are based in the Isle of Wight however since the closure of their rink, travel nightly to mainland training rinks to practise.

Team Viola are a newly formed senior team based in Cardiff but have shown that they will be serious competitors for the British Championship title early next year. This will be their third competition this season.

The short programme was skated on Saturday. Skating to Pure Imagination from Charlie and the Chocolate Factory, Viola took the lead in the short programme despite two falls, earning a total segment score of 27.43. Dressed in a stunning red, Wight Jewels also sustained two falls and scored 23.27.

We are currently in first place going into the free programme and will be the second team onto the ice at 3:20pm #PureImgination #AllYouNeedIsLove❤️

We had a great time at our first competition of the season this weekend in Cardiff! We can’t wait to work on our programmes ready for the British Championships in January! ⛸❄️🇬🇧❤️

Team Icicles from Nottingham were uncontested at this competition. They are the five times reigning British Champions and will be looking to regain their title and then to go up in the world rankings at the World Junior Synchronised Skating Championships in Zagreb. After a disappointing short programme on Saturday, earning 21.46 points with a number of falls, Icicles manged to recover their confidence and skated a clean long programme on Sunday. Skating to a Michael Jackson medley, they wowed the crowd with their synchronised death spirals, scoring 59.03 to get a total score of 80.49.

There were a number of uncontested categories where teams were able to showcase their programmes, including Team Shadows from Nottingham (Advanced Novice) who had a season best score of 41.79 points.

Elementary was a popular category with teams fighting for a podium place. Icepops from Nottingham led the way with 25.10 points, followed by Wight Sequins from Isle of Wight (16.40) and Snowstorm from Basingstoke (15.77).

There were three Preliminary teams with the clear winners Deelites from Deeside winning gold with 25.67 points. Fusion from Bracknell won silver with 16.58 points and Magic from Slough gained bronze with 15.69.

The Adult category was a popular category with Illusion from Slough coming first (21.12), Dreigiau Dawnsio from Deeside coming second (18.19) and Fusion from Bracknell coming third (14.33)


PDFs for all teams are available here 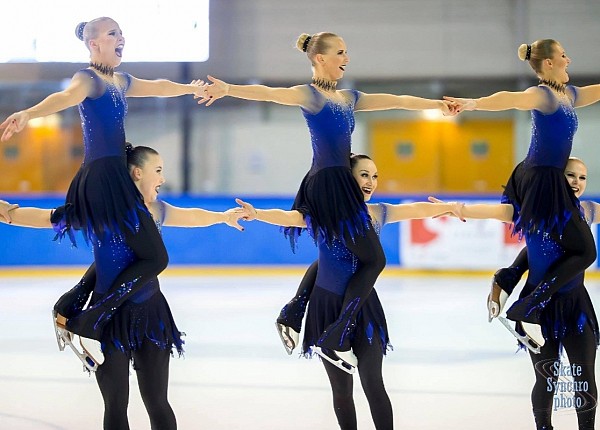 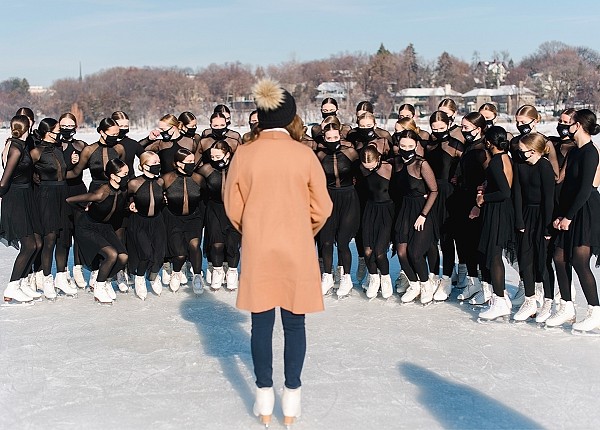 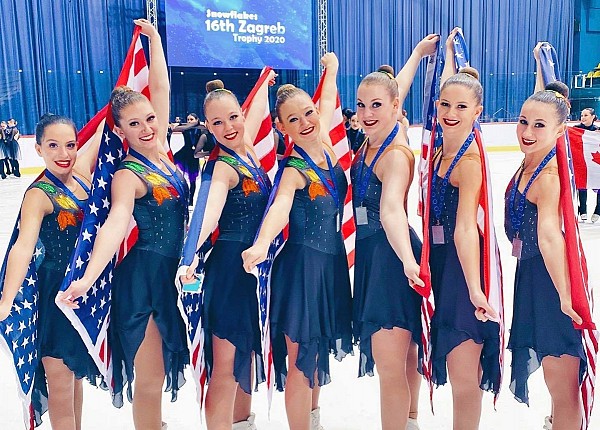