Magazine
What do the skaters think about the required elements?

Solway Eclipse is coached by Phillip Carter and Molly Coxon at Dumfries, the largest town in South West Scotland.

The Mixed Age category is very popular in Europe. Two teams give us their thoughts on the elements required in their program.

"We feel throughout the season, we adapted more to the elements as we were always working hard on them. We are excited as of the new levels of elements for this season and are even more excited to get stronger with them as well!" Kyra Milligan starts. Her team is Solway Eclipse from Dumfries (GBR).

When asked what could be improved, she said: "if we had a magic wand that got to change any rule for the Mixed Age category we would change the fact that we only do 1 programme, we would love to be able to showcase a long and short routine!"

In France, the Hermines team from Brest would like to see more attached elements. "These are often parts of the program that we like to skate and appreciated by the (uninitiated) public because they are more visual," explains Maëva Pinon-Robert, who has been part of the team since 2017.

The Hermines (FRA) are coached by Anaïs Le Guilcher, former ice dancer and synchronized skater. She is the head coach since 2017.
The spin element
"The elements required in Mixed Age have evolved a lot in the last few years. The integration of twizzles in the 2019-2020 season was a significant change for the teams. The element is undoubtedly exciting, but we can only notice the difficulty to validate a level 2 (none of the French teams in the last season), and for those who validate a level 1, the element is not always very clean.

This upcoming season, the difficulty increases again with the arrival of the Spin element. The Mixed Age teams will have 3 elements (No Hold, Twizzle and Spin) which require a high level of individual technique, a lot of work and don't give many points. Moreover, these elements make us lose more of the origin of synchronized skating, which is to skate attached," Maëva Pinon-Robert says.

Regarding the lifts, the French team would like them to be allowed for transitions without time restrictions to bring more originality to the programs.

In 2018, the Hermines had participated in Mixed Age battles. The idea is simple: all participating teams are on the ice near the barriers. Then, each battle sees 2 teams compete on a predefined element, the judges then determine who continues to the next level and so on, until the final battle. "It's a completely different format from the classic competitions that we would like to see again. This experience remains a memorable one for all the Hermines who had the chance to participate." 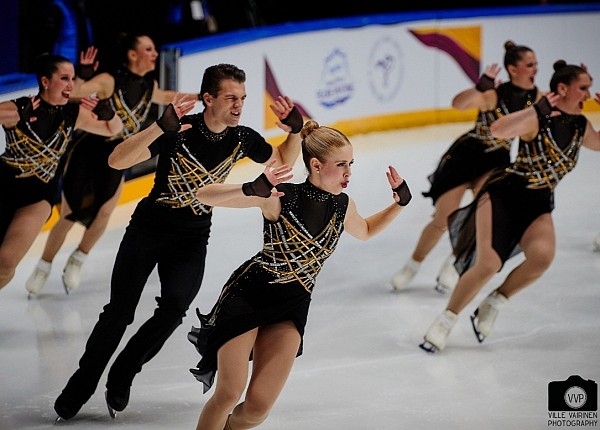 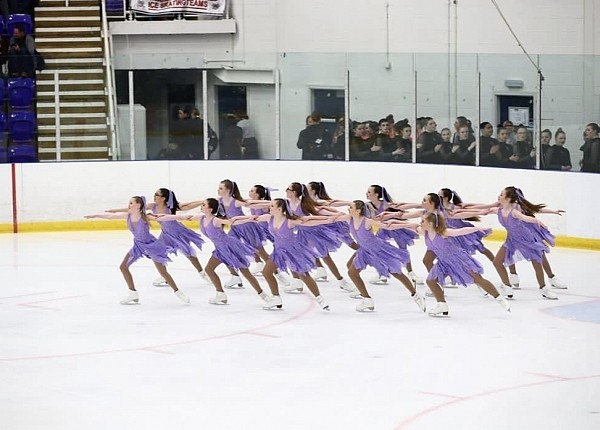 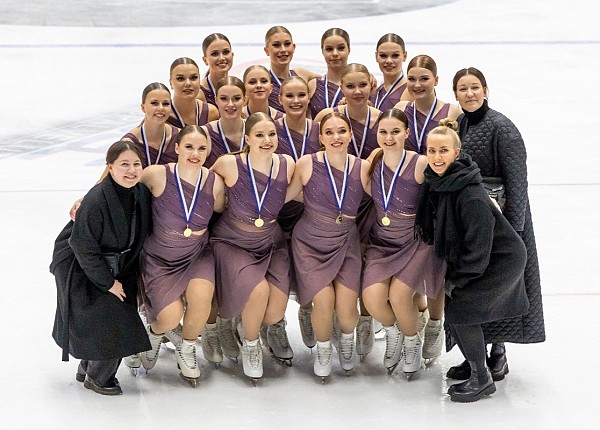